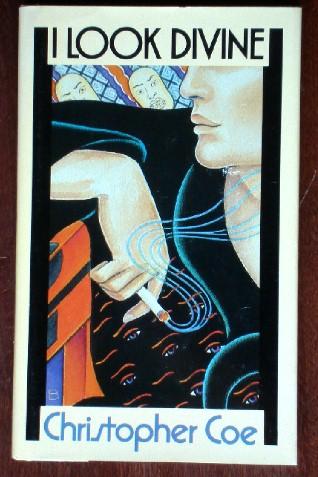 Christopher Coe was a Columbia student of Lish’s and in the same class was Amy Hempel, David Leavitt, and Anderson Ferrell, who happen o blurb ths book. While Lish was able to publish books by Hempel, Leavitt and Ferrell, he could not get approval from Gottlieb to acquire I Look Divine.

Ever resourceful, Lish was instrument in getting Widenfield and Nicholson, an imprint of Houghton Miflin at the time (and a British publisher that opened a New York office in the 1980s).

I Look Divine is a 109 page novella, maybe 20,000 words with the big type and wide margins and slender trim cut. Chances are without Lish it would have never found its way to print, at least not by itself and not in a journal or as part of a longer collection. That is not saying this novella is bad…no, in fact, it is beautfully brilliant, a prose poem really, and maybe one of the most unfortuanately ignored works of prose, and a writer, from the 1980s, even with a paperback reprint from Vintage’s prized trade paperback imprint of hip young lit. 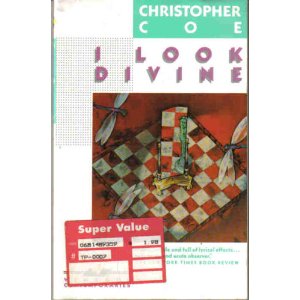 It is a fne portrait of two brothers, with one writing about another: Nicholas is rich and uncommonly handsome and very egotistical, obsessed with his own beauty that leads to his self-destruction. The narrator, the older brother, tries to understand his brother and wonders how much of the delusion of the priviledged divine is also in him…and what, of their upbringing, has made them both so disfunctional?

Nicholas had brown eyes which, in many lights, looked black, He had extravagant black eyelashes that looked false, and dar hair that even in those years he was allowed to grow so long that he could drag his fingers through it and take almost forever to come out at the end.

I told him brains develop in the womb, that by being born too soon he had probaby lost points […] he looked up at me and said what he always did when he had more of me than he could take.

Much later that night, I heard my brother through the door, whispering to himself.  He must have been studying is face in the mirror when I heard him whisper, “You are the smartest little boy in the world, and you also look like this.” (pp. 23-24)

In a way, this could be qute the annoying read of rich kid’s narcissim and the reader could feel, as we do, nothing about his eventual death. The  perfected sentences are to be admired, and in many ways Coe reminds us of a young Truman Capote.

In Lish’s Lilly archives, there are letters and manuscripts from Coe, all nearlt typed on strangely thick, textured brown paper, unusual for a manuscript.

What happened to Coe? He died from AIDS complications in 1994. He was 41. He published one other novel in 1993, Such Times, from Harcourt Brace in the US and Hamish Hamilton in the UK. 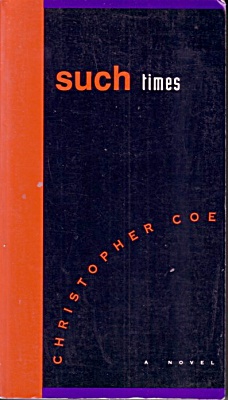 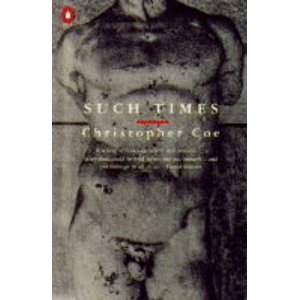 While I Look Divine is an example of tight minimalism, Such Times is a work of maxilamislm, a 100,000 word tme that could have used Lish’s pen, yet is also a fine piece of writing and an intimate view of gay male relationships.